Vietnam is working hard to promote financial inclusion. In 2020, the government introduced a strategy to achieve its goal of 80 percent of the adult population having bank accounts by 2025. Thanks to the development of digital technology, mobile banking applications have played an important role in the financial inclusion journey. This enables banks to reach customers in places without physical headquarters or branches.

TNEX is Vietnam’s first digital-native mobile bank for retail consumers and micro-merchants. Launched in December 2020, its focus is to create a superior customer experience by offering behind-the-scenes banking services embedded in lifestyle functions on its app. TNEX retail customers can track their mood and steps daily to promote a healthy lifestyle and use the emoji-driven personal financial management feature to manage their money easily. They can also select suitable financial products from TNEX’s marketplace, chat with their friends and transfer money, and top up their phone or pay monthly bills—all in just a few taps.
The company also offers a separate app and banking system for small and medium enterprise (SME) merchants, supporting their businesses with service packages that include free website creation as well as systems such as invoicing/cash management, product inventory, and campaign management. TNEX is on track to meet its first-year goals of having 250,000 retail customers and 20,000 registered SMEs by December 2021. 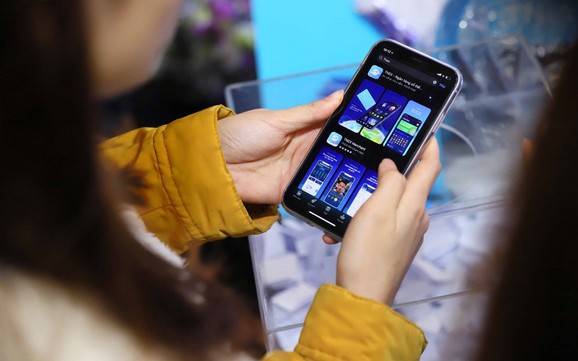 There’s no way we could have gone live with 168 data flows in 9 months without the AWS Cloud.
Bryan Carroll

When designing its technology roadmap, TNEX prioritized scalability, security, and availability. Its founders chose Amazon Web Services (AWS) for its superior reputation in the market, range of out-of-the-box services such as Amazon Elastic Container Service(Amazon ECS), and the shared value of customer-over-invoice obsession. They view the AWS Cloud as an enabler of innovation through a fail-fast model of testing and appreciate the AWS pay-as-you-grow costing model that keeps staffing costs low and predictable.
To accelerate its time-to-market, TNEX engaged TechX, an AWS Partner with local expertise in building compliant cloud solutions. TNEX worked closely with TechX to develop its digital bank in just nine months, an impressive feat in the traditionally slow-moving banking industry. Bryan Carroll, chief executive officer and cofounder at TNEX, says, “With AWS, I don’t have to worry about infrastructure, security, or scalability because I know I’m getting a proven architecture. There’s no way we could have gone live with 168 data flows in nine months without the AWS Cloud.”
TNEX’s apps use the Mambu software-as-a-service cloud banking platform, which is also AWS-native. Microservices and container orchestration using Amazon ECS were key to creating a scalable, logically isolated infrastructure in less than a year.

Containerization has the added benefit of a high degree of application segregation, which improves resilience against cyberthreats. Along with TechX and AWS solutions architects, TNEX designed an AWS Landing Zone with multiple authentication layers and encryption of data at rest and in transit. The startup is using AWS WAF – Web Application Firewall with designated security groups and AWS Key Management Service (AWS KMS) to administer application keys. Carroll says, “With AWS, all sensitive data is segmented, controlled, and encrypted. Even if we were compromised on some level, our architecture is set so that everything is anonymized, tokenized, and encrypted to prevent data leaks.”
In addition to security by design, TNEX relies on its data team to monitor its systems in real time. Data is at the core of the company’s business model, and data scientists use Amazon CloudWatch and Amazon GuardDuty to detect deviations that could indicate fraudulent activity. In terms of compliance, regulatory authorities in Vietnam have clear rules around data classification and sovereignty. By taking advantage of the AWS Asia Pacific (Singapore) Region, TNEX complies with Vietnam’s data sovereignty regulations. TechX was instrumental in helping the startup assess and manage risk and then implement compliance controls that would scale with the business.

Since launching on AWS, TNEX hasn’t experienced any downtime. The startup benefits from a Multi-AZ architecture on AWS that ensures high availability and fault tolerance. TNEX components are configured to autoscale on AWS in response to spikes in traffic during customer acquisition campaigns, when system load can increase by 200–300 percent. By choosing AWS, TNEX has covered its top priorities of security, scalability, and availability, and has done so in a cost-controlled manner.
Carroll says, “The difference between AWS and an on-premises infrastructure is that with AWS all the tools you need are readily available. You don’t need to install them or seek approval for large capex. Because we’re operating in this low-code type of environment, most of the hard work has been done before the launch, allowing us to focus on rapidly scaling the business.” This is crucial because TNEX aims to acquire 30 million retail customers in Vietnam in the next five years.
The startup has managed to keep its costs stable since launching on AWS and is currently working on cost optimization strategies with TechX to ensure that costs are not increasing at the same pace as customer acquisition. TNEX has converted to Amazon EC2 Reserved Instances for some of its fixed workloads and has adopted a Compute Savings Plan for the medium to long term. Its target customer earns an average $1,700 per month, so TNEX is constantly looking to drive value through automation, advanced architecture, and data science to profitably serve its customers without compromising quality.

TNEX’s efforts have not gone unrecognized. The startup was recently named Most Innovative New Digital Bank Vietnam by International Finance Magazine. It has also received overwhelmingly positive reviews on the app store. TNEX regularly rolls out features to further enrich its customers’ lives, such as the “happiness meter” that brings an emotional aspect to the app.
Speed continues to be critical, and the founders recognize the power of the streamlined trifecta it has with AWS, TechX, and the Mambu core banking platform. Carroll concludes, “AWS offers the total package, with integrations that suit our business and allow us to move fast in a dynamic market.”